Training in the RV World

The task his dad gave him seemed simple enough: shovel snow from the driveway in front of the family's RV dealership. Twelve-year-old Roland Goreski worked hard for a few hours, clearing the pavement. When he finished, he was tired, but stopped to admire his effort, proudly thinking he had done a "pretty good job."
Goreski's dad came out to inspect the driveway and quickly informed his son otherwise.  Although the job seemed complete to young Goreski, he had neglected to move some garbage cans and the snow around them. His dad also found other areas his son missed. Goreski answered his dad's criticism and pointed out the garbage cans were in his way. His father then began a lecture Goreski still remembers more than four decades later.

That parental platitude continues to motivate Goreski's approach to business. As owner and general manager at Campkin's RV Centre in Whitby, he believes education is the key to his dealership's consistent profitability.  If there is an RV dealer in North America who eats, breathes and sleeps staff training, it just might be Goreski.  He has an aversion to failiure dating back to his snow shoveling experience and says education estalishes a firm foundation to achieve success. 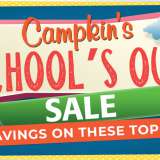 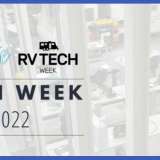 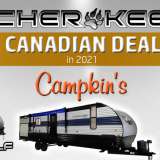 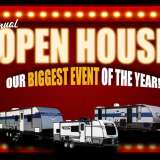 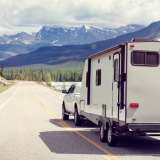 Buying a Used RV from a Dealer or Private Seller?

RV Weights, are you confused?

Ontario RV Dealer of the Year