2022 RVDA of Canada RV Dealer of the Year 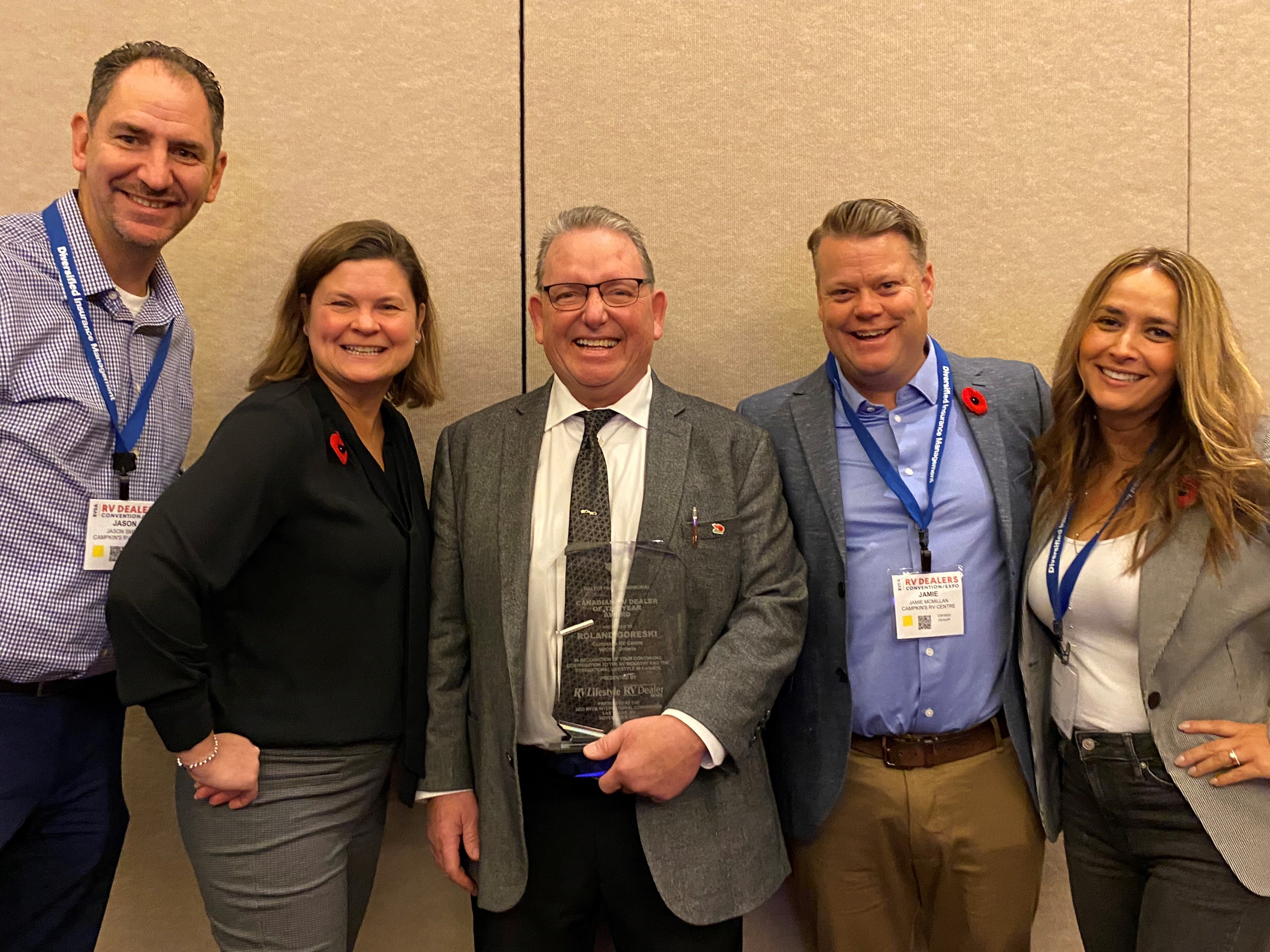 Mr. Goreski thanked his family, friends and numerous business associates who have supported him throughout his career. “This is truly an honour, I want to thank you all for this amazing recognition” stated Goreski as Melanie Taylor, from RV Lifestyle Magazine, presented him with the 33rd annual Walter Paseska Memorial Canadian RV Dealer of the Year Award.

Each year, the RVDA of Canada, in conjunction with RV Lifestyle Magazine and Dealer News, invites nominations from across Canada for the Canadian RV Dealer of the Year Award. The award is dedicated to the memory of the late Walt Paseska, founder of Walt's Trailer Sales in Headingley, Manitoba, in recognition of his many years of commitment and dedication to the RV industry. Since established in 1989 by Camping Canada Magazine, this award has been presented to individuals who share Walt's enthusiasm and commitment, in recognition of their long-term contribution to the RV lifestyle, and commitment to the community as a whole.
The award is presented to a candidate who has: 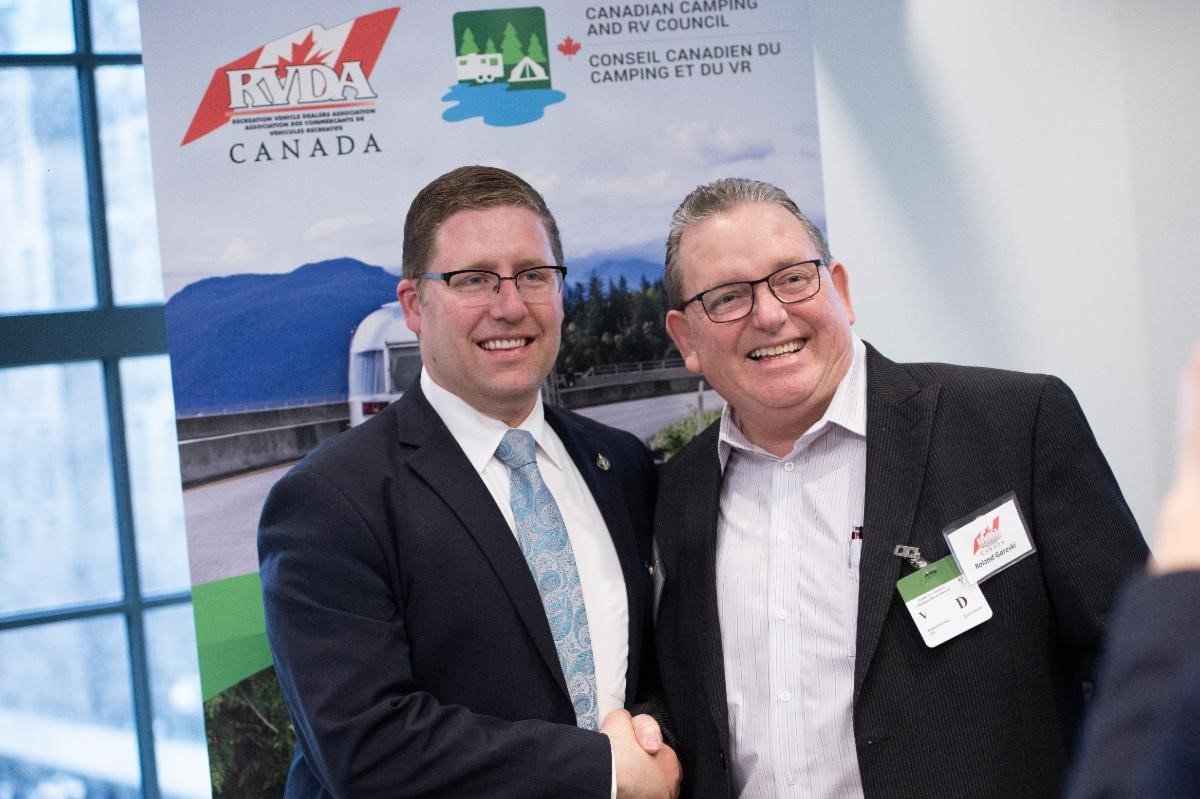 Roland Goreski’s experience in the RV industry began in the 1970’s when he started working at his family’s dealership, Skyview Trailers, in Trenton, Ontario. He worked there for many years, both part time and fulltime in a variety of positions, eventually becoming its General Manager. Always a strong supporter of educational opportunities, Roland ensured that his staff had access to education opportunities offered through his provincial association. Roland continued to grow the business through the knowledge he gained from colleagues he met in his 20 Group. 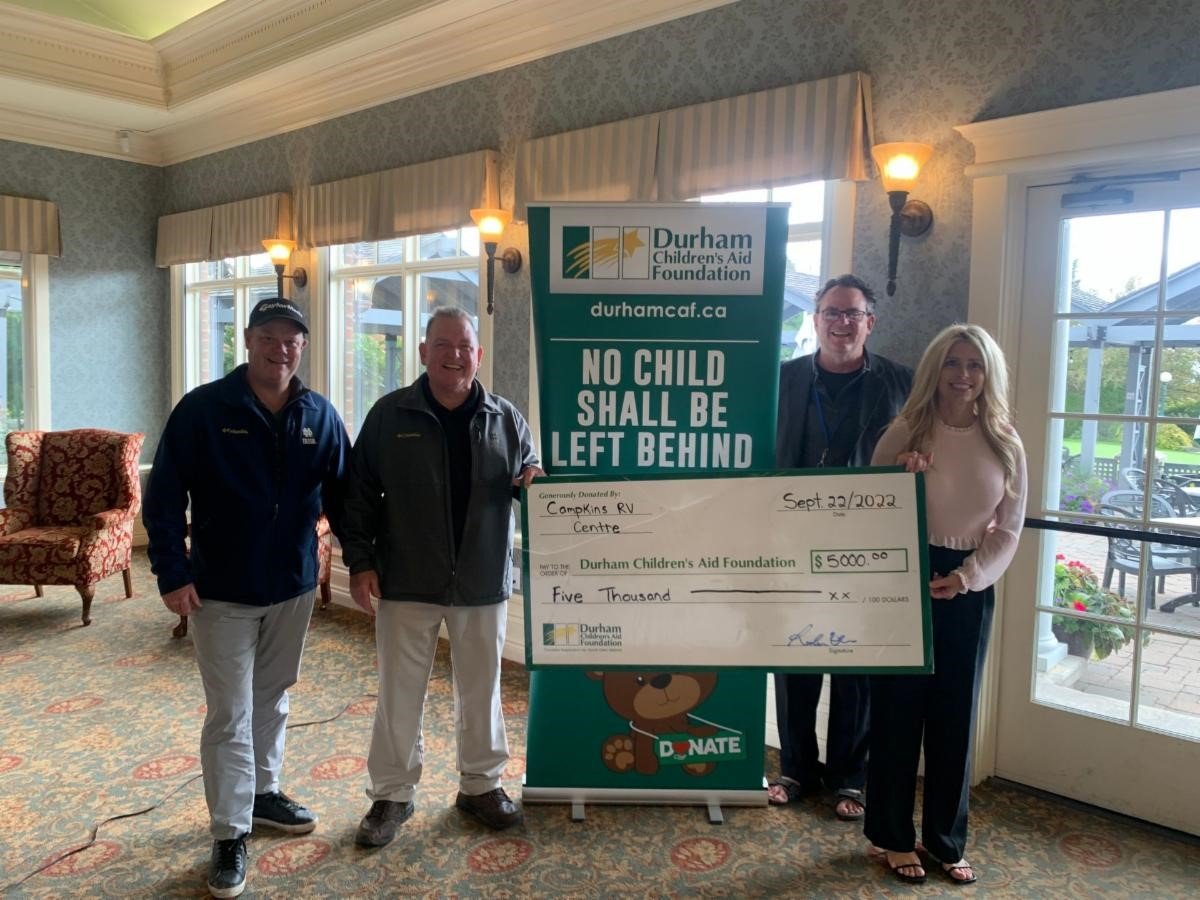 Roland has always made sure to support local charities and community events. Today he continues to support Make-a-Wish, Big Brothers Big Sisters of North Durham, and Oshawa/Whitby as well as several charitable community events such as Brooklin Fair, Port Perry Fair, Durham Highland Games and Whitby Ribfest to name just a few.

In 2018 The Whitby Chamber of Commerce awarded Campkin’s the Business Achievement Award for a business employing 16 – 49 employees and in 2019 they awarded Roland the Business Person of the Year award. This award is given to a business leader in the community that has shown excellence in leadership, community engagement, and cooperate social responsibility.

Congratulations to Roland and to all nominees, who have made outstanding contributions to the RV industry!

2022 RVDA of Canada RV Dealer of the Year

2022 Canadian RV Dealer of the Year – The Nominees are…

How to Camp in an RV Off-Grid with Solar Power

What Kind of Vehicle Do I Need to Tow My RV/Trailer?

RV Weights, are you confused?

Ontario RV Dealer of the Year